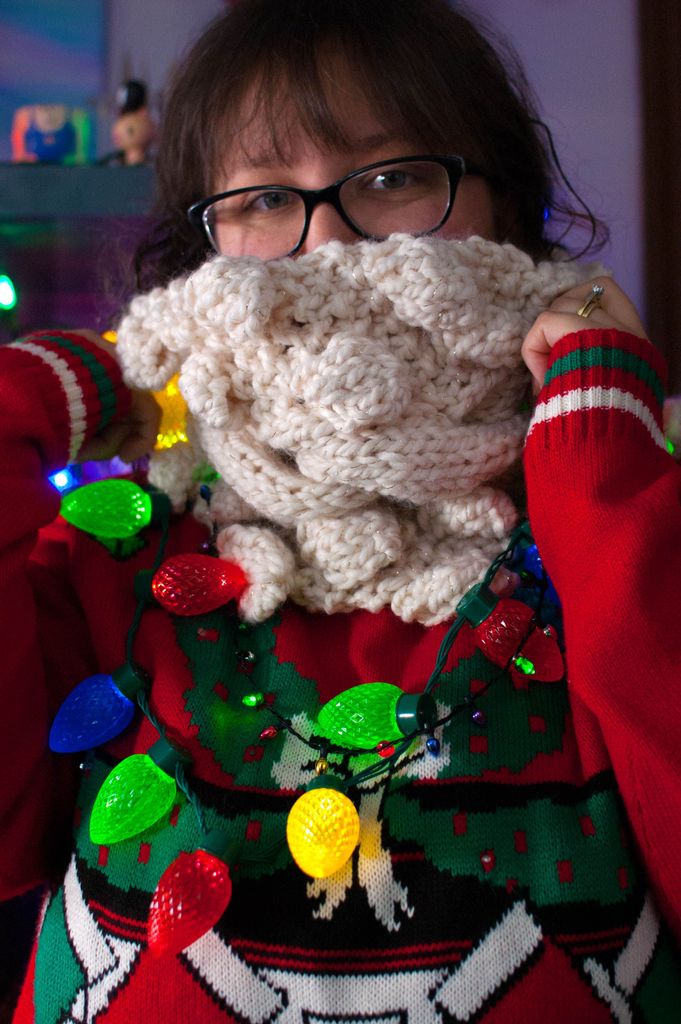 I really wanted to get this pattern released before Christmas (which includes getting it out before a cruise I’m taking on the 22nd)! I ran out of time due to some well-timed migraines (just kidding, they’re never well timed and should just never happen), so I decided to publish a ‘recipe’ of sorts. This is a quick and dirty version of the pattern that hasn’t been tech edited or tested, so knit at your own risk! It’s also free, so there’s that. 😉

The Wishing For Snow Cowl is the perfect winter knit, with a huge squishy cable running through the middle, surrounded by big baubles! Knitting baubles with super bulky yarn is a fun, cozy treat.

If you want to just start the cowl, make sure your full width is 10.25″/26cm and that your row gauge is coming out about the same as above. If your row gauge is off, use your judgement to add or subtract rows from the completed cowl.

The Quick and Dirty Pattern

Unless specified below, knit your rows as above.

Knit in this pattern for 73 rows, BO, leaving a long tail. Use the tail to stitch together both ends of the cowl.

MB – This site has a great tutorial on creating bobbles! https://www.craftsy.com/blog/2014/02/how-to-knit-a-bobble-stitch/ (Follow the “How to Knit a Large Bobble” instructions)

6/6 RC – Put next 6 sts on cable needle, hold cable needle in back. Knit next 6 sts, knit the 6 sts off of the cable needle. Check out my 2/2 Cable Tutorial you can do the same thing I do in the video, except with 6 and 6 stitches rather than 2 and 2.

I hope you have fun knitting this! If you have any questions, comment below!